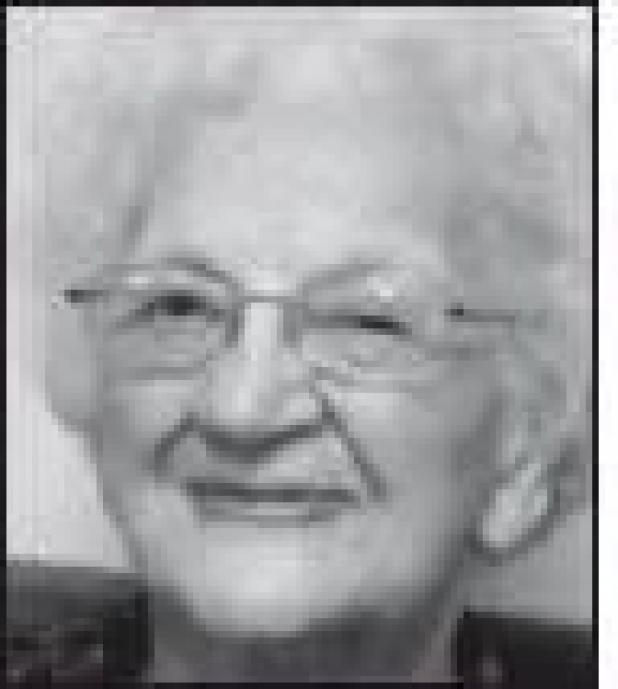 Audrey Tremie Wornat, 96, born in a small, southern town, Ville Platte, La., on Feb. 24, 1923, to Bernard and Eumia Fontenot Tremie. Funeral services were held on May 3, 2019, at Adams Funeral Home with a visitation one hour prior to service. Burial followed at Hillcrest Cemetery. Ville Platte residents were mostly French speaking people. She

graduated from Ville Platte High School. Her favorite time spent there was when several family members and/or friends got together, sat in rocking chairs in a large kitchen and chatted with a small cup of coffee in their hand. Audrey spoke mostly French until she was seven years old. She married W.A. (Dick) Wornat on March 28, 1944, in Gainesville, while he was serving in the U.S. Army. During that time, he was stationed in several European countries, most of the time in Germany. Audrey stayed in Ville Platte where she worked in a hospital there until Dick was discharged, at which time they moved to Marlin and lived there all of their married life. Audrey was employed by Sanitarium Drug Store for 40 years. She enjoyed working and enjoyed meeting and taking with people. Her grandchildren loved to visit her there, since they always knew she would buy them some sort of treat. She and Dick were part of the group that started the McClannahan Riding Club and spend many nights there working and/or watching friends and their children participate in riding events. Audrey loved cooking, spending time with family and spent many hours at her sewing machine making clothes and other items for her children and later, for her grandchildren. As long as she was able, grandchildren and great grandchildren received baby blankets that were lovingly made by their “Gran.” She enjoyed working in the yard and caring for and enjoying her flowers and plants. There was frequently a cat on the outside kitchen windowsill but she dearly loved her dogs. Audrey enjoyed meeting and talking with people and she especially enjoyed the times she could spend carrying on a conversation in French with friends and relatives … or even a complete stranger who spoke her native language. After moving from her home on the Rock Dam Road, she became an avid fan of adult coloring books. Upon completing one, she always gave it to one of her grandchildren. She enjoyed getting together with newfound friends in the Golden Years coffee area to play games, do crafts and attend church and bible study. She frequently spent time reading one of her large print novels. The highlight of her day was when someone took the time to stop by and visit her. Audrey Tremie Wornat was preceded in death by her husband W.A. (Dick) Wornat; parents, Bernard and Eumia Tremie; brothers, Ray and Delbert Tremie; sister, Lou Tremie Fontenot; and granddaughter, Sarah Janea Wornat Tusa. She is survived by her daughter Sally Wood (Ronnie) of Brownsville; sons, Garry Wornat (Regina) of Regan, and Larry Wornat (Dana) of Riesel; her sister, Rella Fontenot; granddaughters, Rondeann Wood, Kenda Fox and Avery Burkes and Lindsay Neason; grandsons, Ryan Wood, Ty Wornat, Luke Wornat and Logan Wornat; and great- and great-great-grandchildren along with nieces and nephews. Special thanks to the staff of Golden Years Nursing Home. Memorials may be made to St. Jude’s Children’s Hospital at 501 St. Jude Place Memphis, TN. 38105 or call 1-800-822-6344 or donate to The Families of Hillcrest Cemetery at P.O. Box 553 Marlin, Texas.