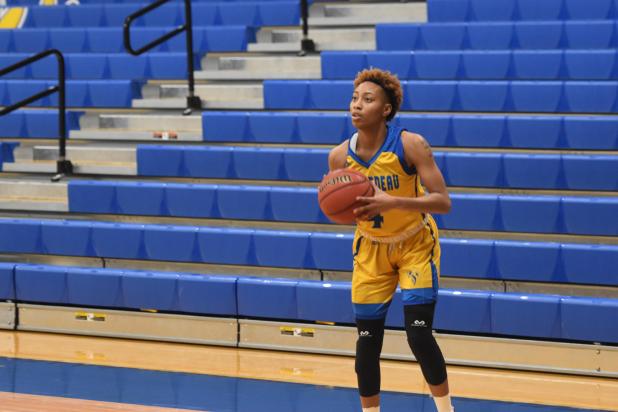 Whitfield, who prepped at Rosebud-Lott High School, leads the YellowJackets in scoring at 15.6 points per game, and averages 6.6 rebounds. She ranks seventh in the American Southwest Conference in scoring and 11th in rebounding. She is shooting 70 percent from the free throw line, which ranks 14th in the conference.

“Between (assistant coach) Marc (Rozanski) and I, we’ve coached student-athletes that exemplify everything every coach wants on and off the court,” LeTourneau head coach Cassi Rozanski said. “She is at the top of the list. We’ve never seen anyone with such a consistent motor and team-first mentality. She’s a machine, and doesn’t ever get tired. That type of rare effort and energy is what builds a great culture, and I think that speaks to how her parents raised her. We are very fortunate to have her in our program.”

Whitfield has scored in double figures in all but one of the 11 games this year. She’s had a double-double in her last three games – a streak that began in the final game of the LETU Holiday Classic when she scored 16 points and grabbed 11 rebounds. She is coming off a season-high 29 points and 12 rebounds rebounds in a game at Hardin-Simmons Saturday. She went 9-for-26 from the field and 9-for-10 from the free throw line Saturday.

LeTourneau is 5-6 overall, 1-1 in the ASC entering Thursday’s home game versus Ozarks.